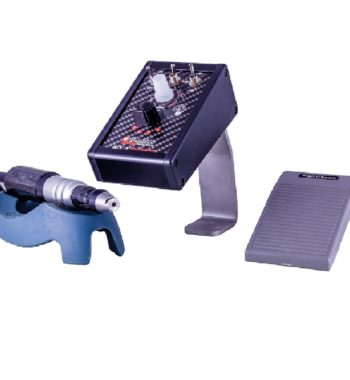 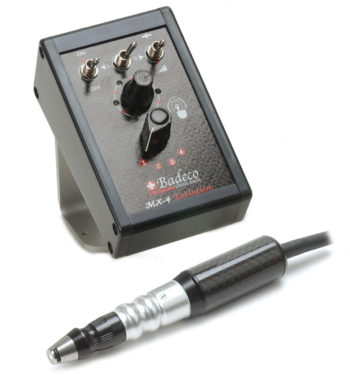 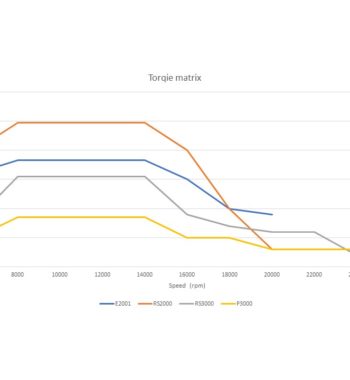 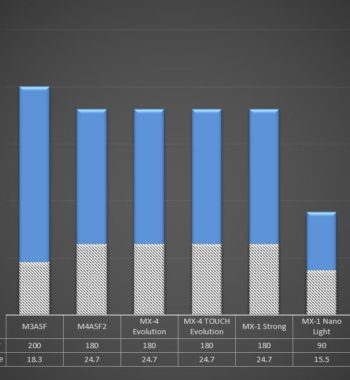 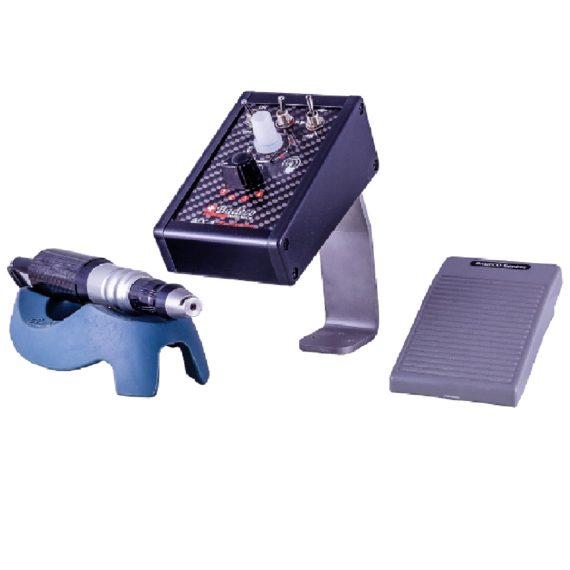 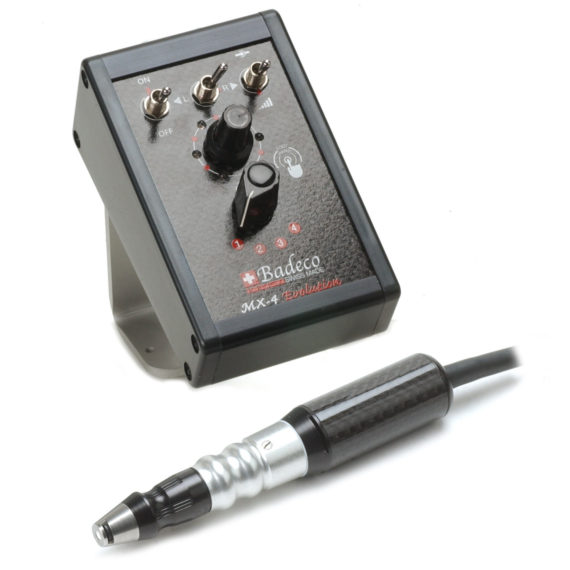 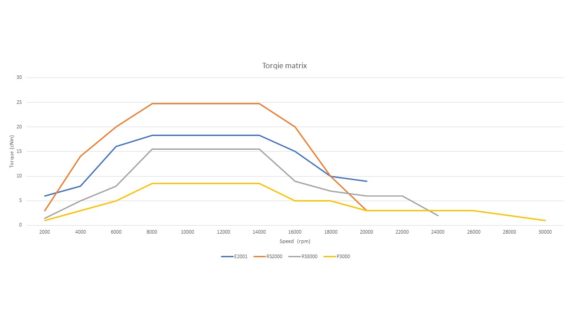 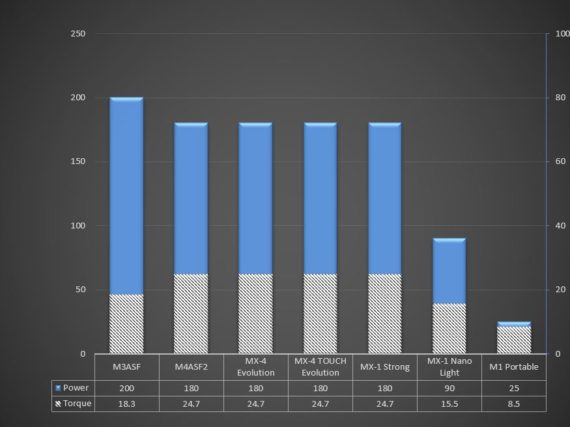 in 1 – Manual selector from 1 to 4 connection
Mix to Micromotor & Nanomotor
The Badeco MX-4 Evolution brings all the power tools a jeweler needs at hand. Power up to 4 handpieces from one control box. Simply turn the selector switch on the control box to the handpiece you need.  Do away with multiple flex shafts and foot controls.

The Badeco MX-4 Evolution Dual Voltage 115/230V micromotor has been designed for use in the jewelry and watchmaking industries of Switzerland, the number one producer of super-premium jewelry and watches for the world.  What separates this micromotor apart from all others is the quality, precision and reliability of the power box, motor and of course, the handpiece, and the single most important part of a micromotor. The Badeco Carbon Series Micromotor is a remarkable piece of Swiss engineering, giving you unstoppable torque at the lowest speed, the kind of low end power that jewelers need for drilling and stone setting.

1 selected handpiece
Badeco RS2000 Micromotor – The Badeco features a hi-torque carbon fiber micromotor handpiece motor, the RS2000, which attaches to the control box.  Designed for reliability and efficiency, this powerful motor produces speeds from 2,000 rpm to 20,000 rpm, with 50% more torque than other types of micromotors.  The hi-torque comes through at all speeds.
Badeco Foot Control PC200 – The Badeco PC200 foot control works as a set point on/off control.  It is not a variable speed foot control. (Buy Optional PC800 Variable speed foot control separately)
Mounting Hardware- Use this hardware to mount the control box on your workbench.

The control box allows for a variety of operating modes: